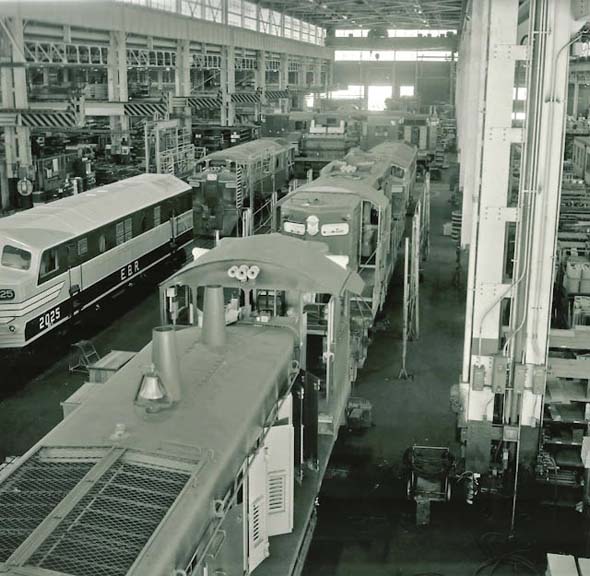 General Motors Diesel Ltd opened in the summer of 1950, and employed many Londoners until it was shut down in 2012.
In this snapshot in time, the London Free Press caption reads: "This production line of partially completed locomotives at the GM Diesel plant, Oxford Street east, may once again hum with life after lying stilled for five months. Clean up crews moved into the plant after workers voted to ratify the strike ending agreement."

That would have been a wonderful time to tour the plant...George Dutka