Operations on the Huron Central Railway (HCRY) commenced on July 29, 1997.  Based on a long term lease of the ex-CP Webbwood Subdivision and a short branch south from McKerrow, the railway was in the business of hauling freight between Sudbury and Sault Ste Marie, Ontario.

Local operations were handled by four GP-9 locomotives.  These were all 1955/56 vintage products of EMD, originally assembled either for B&O or C&O.  Road assignments, on the other hand, were the exclusive domain of five SD-45E locomotives from the 1966-1969 era which had been produced for Southern Pacific.  When I first encountered these units in 1998, they were looking pretty sharp in a relatively new coat of paint.  There were, however, a few differences in the way various members of the group were finished.  The shade of orange used was not consistent.  Sharp-eyed observers will note in the above photo that lead unit 459 featured a deeper orange hue, while trailing 458 had a lighter, more yellow, finish.  Apparently, the difference depended on whether the paint work was done in Montreal or at the ONR shop in North Bay.

Two members of the group were named, and this created a minor difference in the application of the cab-side road numbers.  The name appeared in black letters right under the window, while the numbers now were applied in white paint to the upper black stripe.  Number 458 was named the City of/Ville de Sudbury, while number 462 was similarly marked for Sault Ste Marie.

Beginning in 2002, all of the big SDs were reassigned to other G&W properties.  Their road jobs were taken over by ex-CN GP40-2W diesels.

Posted by George Dutka at 07:42 No comments: 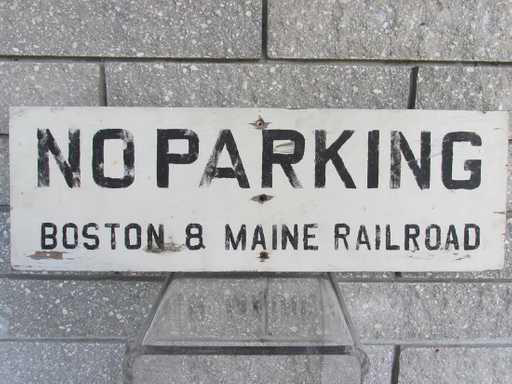 Posted by George Dutka at 08:56 No comments:


On Saturday Peter and I attended the Copetown RPM. We took in all four clinics which we both found interesting. We also took along enough models to cover a full table. It was noted this year had the most models on display in the three years it has been held...watch for a part two later this week...George Dutka 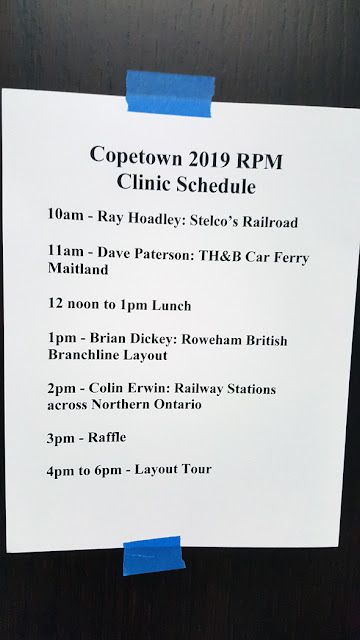 Posted by George Dutka at 08:07 No comments: 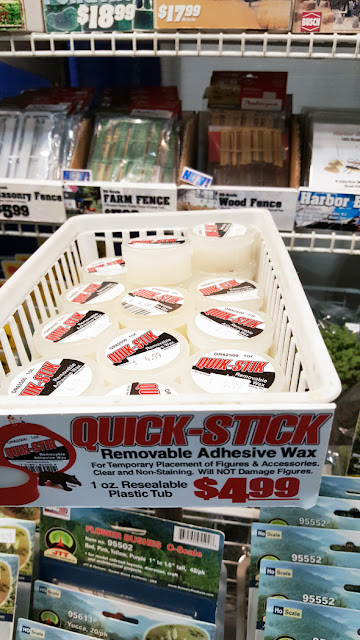 At Trainfest I noted Scenic Express now carries a wax I normally use to place figures on the WRD. It works great and does not stain...George Dutka 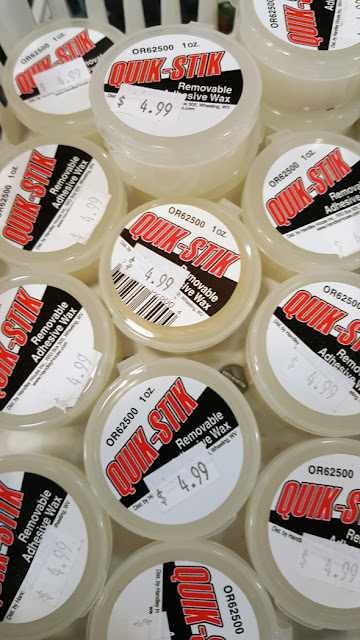 Posted by George Dutka at 07:58 No comments:

To begin with I added a few blog links to my sidebar that I check from time to time. One is just a newer link to a blog on my sidebar...Traingeek – Trains and Photography

The next two blogs are quite active and I find interesting...so you might want to check them out.
Signal Station 199
D & H "Colonie Main" layout

I have not worked on the WRD other than to try out a few engines this modeling season. I do have a lot of projects I wanted to do but I think we all know how that goes at times. I have been working on a few structures, one finally completed this week...will post on that shortly. Peter and I have just finished a few truck trailers during our Monday workshops. So check back to see how these turn out...George Dutka

This months Snapshot is a group of vintage photos supplied by bloggers and friends...enjoy the look back at vintage New England...George Dutka

A Final Look At The RPI Club Layout

The End Of The Line For A Great Layout.....by Don Janes

Last November when George and I attended the Model RR EXPO in Albany we took in some layouts on the Sunday after the show ended.  One of the highlights was a visit to the Rensselaer Model RR Club in Trot, NY.  Although we did not know it at the time, it would be our last visit to the club as they were asked to vacate their location shortly after we were there. Hopefully they will be able to find a new location and rebuild an even better layout.
Over the years the club has created many great looking scenes based on prototype locations from around New England that they have worked into their fictitious railroad, the New England, Berkshire and Western RR.   Most of the structures had to be scratch-built to match the prototype and the results are amazing.  When we were there it was apparent that many of the older scenes were being rebuilt and freshened up after many years of dust buildup and everyday wear and tear.
I am very thankful that I was able to visit this amazing layout several times over the years.  It has always inspired me and has influenced many of the scenes I have tried to create on my own layout. 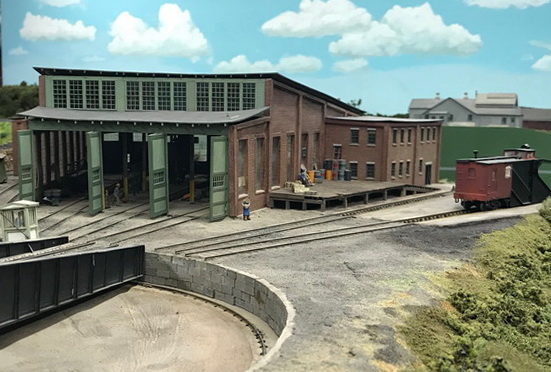 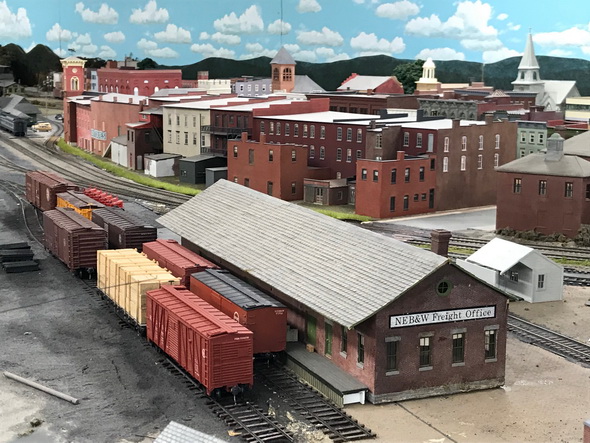 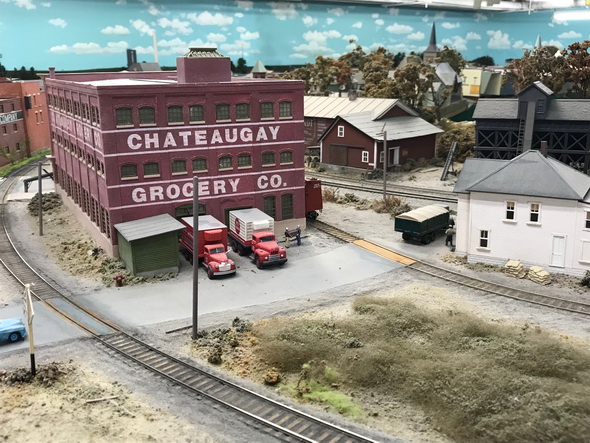