More Scenery Completed on the WRD

I took these photos this week of the portion of the layout I have been working on. I got a lot of scenery down last weekend with very little progress since then. I hope to get back at it once again today. I also need to get a few spotlights added to the ceiling for highlighting.

On another note I recently purchase some more cinder Highball ballast. I took a good look at it before purchasing. It appeared to be what I feel is HO scale. There was old stock on the shelf still that I could do a comparison with. There was a distinctive difference. The old stock looks a lot grainier such as what I purchased last fall. They must have bagged  HO stock with O scale ballast by mistake...just my thought...George Dutka

I got a chance to stop by Bellows Falls, Vermont this October and photograph the Robertson Paper Co. These views will help me with getting the brick colour close to that of the prototype on my model. This structure is actually very large. A small portion of it is modeled in the Monster Modelwork kit... that being the portion that can be seen from the station....George Dutka 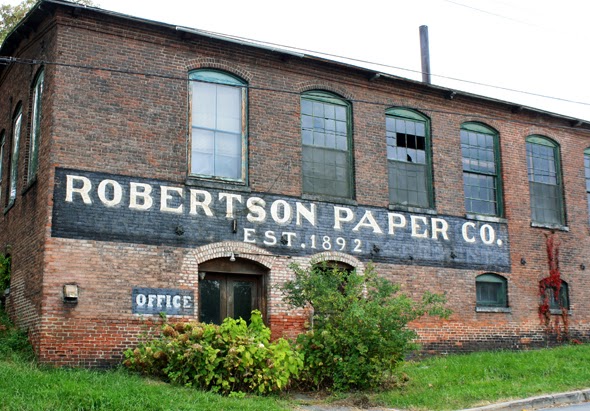 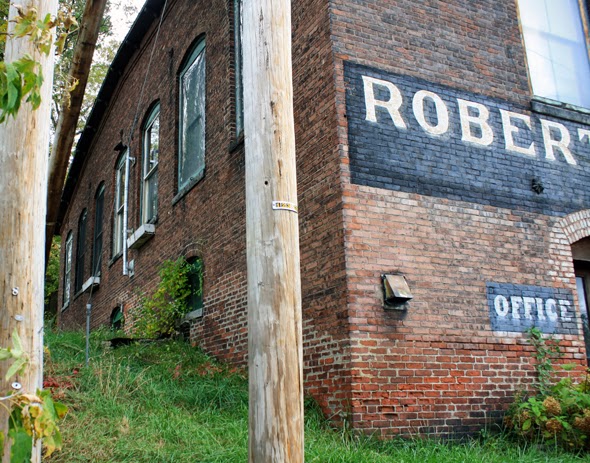 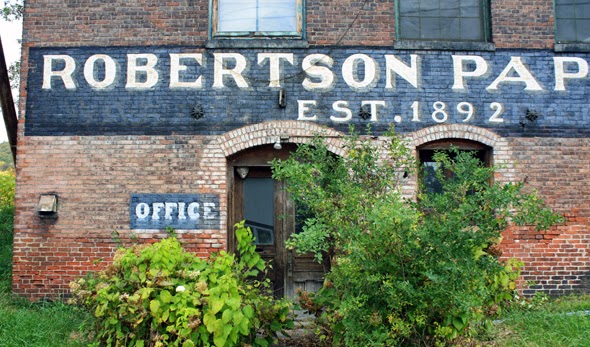 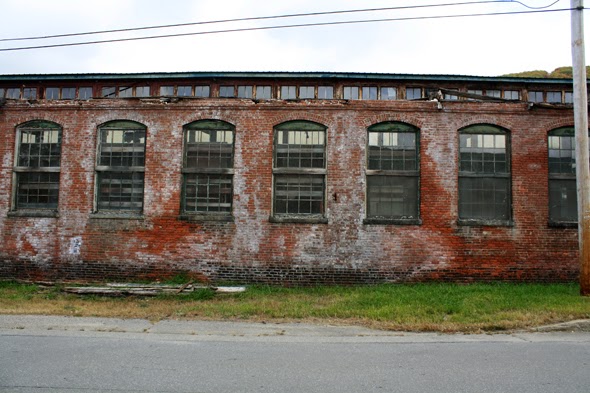 Robertson Paper Co. - Bellows Falls, Vermont
I got my newest kit a few weeks ago from Monster Modelworks and thought I would show you what was inside. I should start out by saying they keep you in the loop once you place an order. I first got an e-mail stating the kits are cut, and boxed as orders come in...and are done in sequence first ordered, first shipped. They tell you that they will e-mail you when order is shipped, and they did. I got my order very quickly once mailed.

The building is an all wood building although the model is of a brick building. The wall look great, the windows are fine material that looks good also. The instructions appear to be easy to follow with a good amount of photos. There are some signs and good looking roofing. They also included a set of window bars or grates that one could use on the structure...this was an extra for ordering early. I will set them aside for another project. There are no metal detail casting of any sort include...or I don't see any yet as I have not opened the bags till I begin the kit....will fill you in once I get going on this project....George Dutka 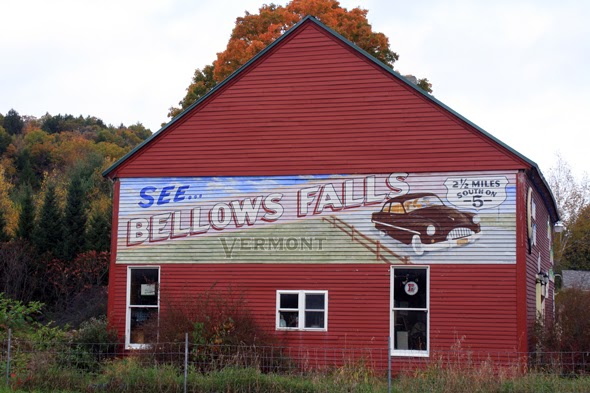 Posted by George Dutka at 17:34 No comments: 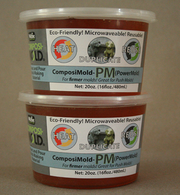 Not sure if you noted in the December MR "News&Products" an interesting product that might be worth trying to make small molds and castings. It is a one-part reusable heat-and-pour mold making material. All you have to do when another mold is needed is put the product in the microwave and reheat. It appears that one can get about 35 uses from one container before it is toast. I checked there web site and found  the best deal is on Amazon (better then purchasing directly) at $10 for 10 ounce container and $20 for a 20 once container. They do sell kits and so on. There also is a food safe mold maker. They mention Micro-Mark does carry this product also. Link is below...George Dutka 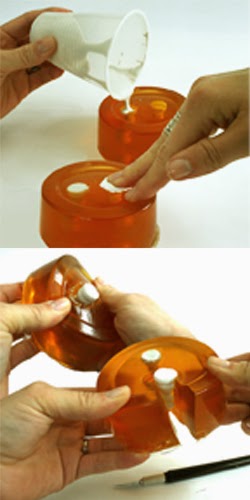 Posted by George Dutka at 09:02 No comments:

After being over at Don's I decided to purchase one of the CPR True Line Trains cars. I picked the Spans the World logo as that is my favourite. I actually have a couple other CPR boxcars in my fleet. I had to dig them out from the back of my display case. One is a PS-1 International of Maine car I painted and lettered and the other an Athearn blue box kit that I built back in the 1980's to represent the same cars True Line released.

CPR 240007
This boxcar is a True Line Trains model that looks great. There is not anything one needs to add. I normally over spray my cars with Floquil boxcar red to tone down the shine. Since I was not planning any air brushing last week I gave the car a coat of Bragdon powders. Mainly dark rust but a bit of soot is also applied. I think the car looks good and the powder appears to be staying in place well while handling the car.

CPR 223235
This car I built sometime in the late 1980's. It is an Athearn blue box kit that I added wire grabs, bleed rod, air hoses, uncoupling levers, styrene roof walk, stirrups, Kadee's, brake piston and chain and cut down the door with a new track. During that era those were the changes most of us did to improve the looks of our cars. It was painted Floquil boxcar red and CDS dry transfers are applied. I believe all the weathering was chalk applied at a much later date. I took a close look at this car as I could not remember if it was brush painted or air brushed. The finish appears smooth, so it probably was one of the first cars I airbrushed.

CPR 269479
When they first came out I bought a load of McKean PS-1 boxcars (still have a half dozen un-built kits in my drawer today...not sure why). One was painted and lettered for the International of Maine Division. Although they are a better detailed car than the early Athearn cars were for that era I still did add operating levers, Kadee's, new stirrups, air hoses and bleed rod. I used a CDS dry transfer set for this model which was applied after I air brushed it boxcar red. For some reason back then I did not paint the ends black. It is on the shop track waiting for the airbrush to come out....George Dutka

Over the last week I have been working on landscaping the area near the old duck-under. In the process I removed Westminster Center and have added Petersburg station to that location. The station is a drop in so I can always change it back, but I really like the new look to the scene. The creamery is gone also. I have used that creamery on every module and layout I ever built...I think it needs a rest. It will be re-detailed and used as a diorama for now. A BEST NH feed mill will be the replacement. The marble quarry is staying with some added details. I reused the Rutland section house which is a drop in mini module and also my milk shed module. These two can be switched around when needed. The BEST general store is ready to go also.

I have a lot of airbrushing to do...it is actually starting to piling up now but with having grand-kids over almost every day lately (I don't want to smell up the basement) our grand-kids play room is down stairs also. Don always says that it should be my layout room. The grand-kids room is twice the size of my layout room...not sure what happened there. Anyhow in between visits I have been working on scenery. I did some flocking last winter on the layout (my first attempt) and was not all that pleased with the results. I decided to try it again using advice I got last winter from Don Janes and Pierre Oliver during visits...guess what, I think it looks great now....more on that later...George

This past Monday Peter Mumby and I took a drive over to visit with Don Janes. Although Don and I get together quite often I had not been over to see his layout for some time now. We picked the right day as the rest of the week sucked weather-wise...not as bad as Buffalo thank God. We had a nice visit and got a good look at the most recent additions to his layout. I really liked Don's finished South River Works models. We also got a good look at a couple of Don's newer rolling stock acquisitions. The photos tell the story...George Dutka

Algonquin Railway blog might be interesting to follow along for anyone interested in Northern Ontario during 1977 or just to see some really nice modeling. Ryan Mendell started his blog up in the spring and has recently been doing some regular posting. I drop in from time to time checking out what he is up to. Lately he has been posting about his modeled rolling stock fleet. There is a link below and also in my sidebar so check it out....George Dutka

Algonquin Railway
Posted by George Dutka at 08:17 No comments: 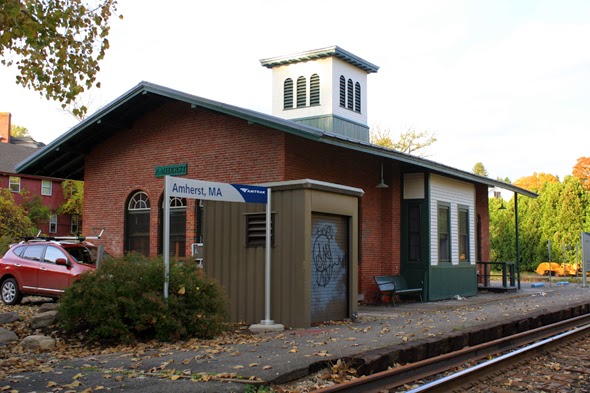 By early 2014 I was aware that CN intended to terminate its passenger service on the Soo Sub (Algoma Central) on the last day of March.  I didn't give it a lot of thought until I got a call from my friend Luc Sabourin in Sarnia.  Apparently the Algoma Central "Tour of the Line" (Sault Ste Marie to Hearst and return) was on his bucket list, and it was now or never.  Did I want to go along?  By the time minds were made up, CN had announced a one month extension, so we settled on the first week of April.

A room was booked in Hearst for the evening of April 3 (a necessary pre-condition  to reserving a train ticket) and return tickets were purchased for April 3/4.  Cost was $237.65 each.  We planned to go north through Michigan, then return through Ontario with railfanning stops in the Sudbury and North Bay areas.

After staying over night in Sault Ste Marie Michigan, we arrived at Steelton Yard on the Ontario side about 30 minutes before the scheduled 09:00 departure.  This gave us time to watch the train of F40PH CN 104, baggage AC312, coaches AC5654 and 5655, and power car AC78 being assembled.  We departed on time with about ten passengers, a crew of two in the locomotive, and conductor Kelly Ross with us in coach 5654.  By the time we reached MP 119, all passengers had detrained except for the four of us who were bound for Hearst.  Our only other stop was for two minutes at Hawk Junction at the request of the railfan passengers!  CN 631, scheduled to arrive at Hearst (MP 296) at 18:40, actually arrived about 1.5 hours late.

We were up early the next morning with CN 632 departing Hearst (the most northerly point on Ontario's highway system!) at 08:00.  We left with four passengers and made no stops until we arrived at Sault Ste Marie about 30 minutes later than the advertised 17:40.

The next morning we set off for Sudbury, with several stops along the Huron Central Railway on the way.  Our route to London was hardly direct, with stops at Capreol, North Bay, Englehart, Huntsville, and Washago to photograph CN, OVR, ONR, and CN trains and equipment.  I'll let the photos and captions tell the rest of the story.

As a postscript, I should mention that CN has subsequently announced that Algoma Central passenger service has been extended for another year.  Care to make some plans?

Posted by George Dutka at 16:09 No comments: