One of the more recent projects Peter and I completed are two Athearn hoppers that had raised sided applied. Mine is done New Haven and Peter's Wabash. I used a combination set by Tichy while Peter dug into his decal collection. The models were weathered with Bragdon powders and PanPastels. I toned them down a bit with a light overspray of Floquil grimy black...George Dutka

Weathered Rolling Stock for the WRD

Back in November while helping Peter's Trains (Peter Mumby) at the Ancaster train show I ran across a lady selling off her late husband's collection of nicely weathered rolling stock. I went and got Peter as she was giving a deal on purchases of 10 cars. Peter and I each got five. I was told the cars are weathered by someone in Massachusetts, although no name was given. We both are happy to have gotten to this table for the first pick of these great looking cars. My contemporary summer time trains have a few more cars to pick up along the way. One of the nice things of having these cars is Peter and I now have some weathering inspiration for future projects of our own...George Dutka 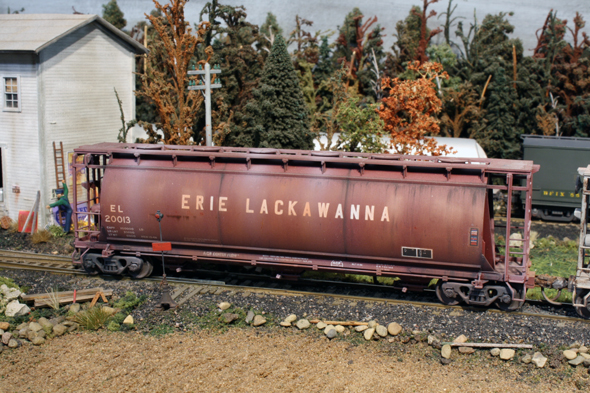 By the time late March rolls around, I think most of us are really ready to chase winter away.  Back in the 1980s, CN still found it necessary to maintain snow plowing equipment in London, Ontario as part of its winter weather contingency plan.  Busy main lines did not require plowing, so if a plow train departed London yard, it was generally headed north up the Exeter Subdivision.  Such a train would usually consist of the plow, two units, and the trailing van.  The old F units, with their streamlined car bodies, were ideally suited for this service.  Snow would not accumulate on their sides, and the inward-opening doors meant the crews could easily exit in case the plow got stuck in a drift.  I think this is a big part of the reason the 9100s were assigned to London long after they disappeared from other regions.  GP9s and RS18s also performed on plow trains, although their walkways often ended up plugged with snow.  Their outward-opening doors also must have periodically presented inconveniences.  CN experimented with roof-mounted appliances designed to minimize the amount of flying snow that got sucked in to the rooftop fans.  The accompanying photos illustrate these snow shields, which were removable for normal summertime service.

With the abandonment of the south end of the Exeter Sub and the transfer of the north end to the Goderich Exeter Railway, CN has exited the branch line business in our area.  Gone are the plows, and gone are the first generation units that pushed them.  However, Southwestern Ontario fans can still chase winter plow trains on GEXR and Ontario Southland, so all is not lost.  As a bonus, OSR still operates F units on its plow trains! 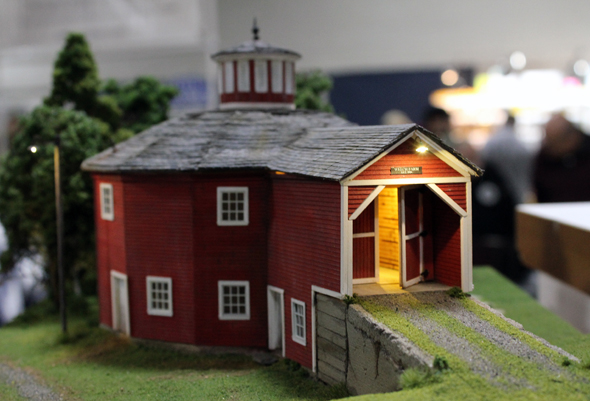 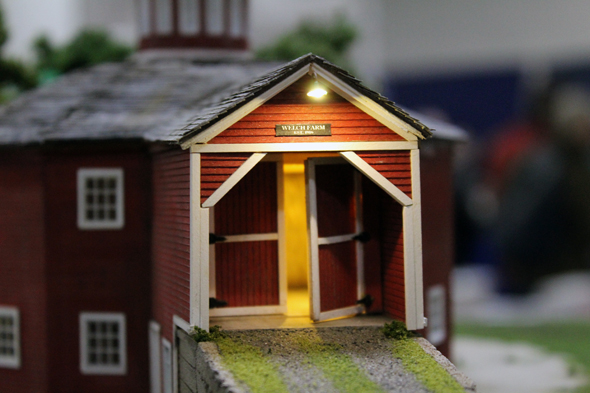 Posted by George Dutka at 08:16 No comments: 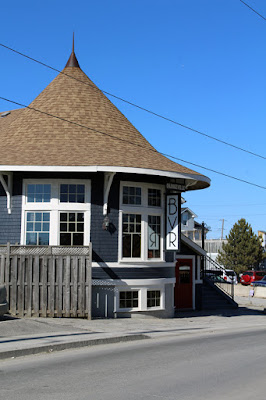 Posted by George Dutka at 15:56 No comments:

On the weekend I spent the night in Orangeville. I had passed through town via the bypass before but never actually looked around town. Being sunny it was a good time to check out the rail yard and station. The original Orangeville CPR station was moved decades ago to the downtown area and is being used as a restaurant (will cover that separately). The yard has a string of cars with a caboose attached. An engine was parked on a designated service track and a newer looking station has been constructed to be used as a GO bus terminal and for the ex- Credit Valley Explorer scenic train excursions. Cando is in shut down mode and who will service the industries in town is uncertain. Train service is twice a week. Love to hear more from someone in the know...George Dutka 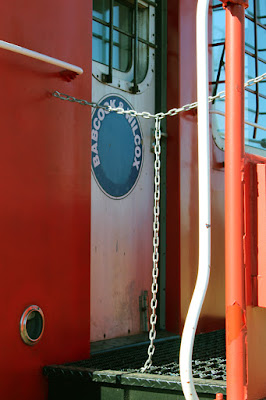 Posted by George Dutka at 08:15 No comments:

I headed over to Kitchener on Saturday for the annual layout tour. It had been a few years since I last attended. I actually saw a few of the layout last spring during the NFR-NMRA convention in town. I passed on many of these layouts and focused on about 5. It was a nice sunny day also and it gave me a chance to hit a few of the location that my have engines or equipment out. One is the GO facility that I have never taken a good look at. It actually is fenced off and mostly hidden. I did get a look at one end of the equipment in behind the McDonald's parking lot. This was a two day trip as I spent the night in Orangeville and headed north of Barrie to pick up an air unit for my boat....more on this trip shortly...George Dutka


A view from one of the scenes I found at Springfield this year has given me some new inspiration. I can do that somewhere along the WRD mainline in the Vermont countryside...George Dutka 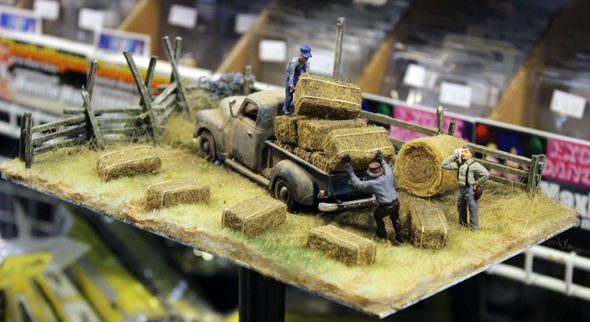 Posted by George Dutka at 06:57 No comments:

Here is a small group of photos by Gord Taylor that I have scanned from the Peter Mumby collection...George Dutka

Another Before and After

I purchased a box of finished scratch built models that are built well but the finishing needed a bit of work. I originally only wanted one building from the box but came home with all 5 as the gentleman wanted them all gone and the price reflected that. I decided to clean them up a bit and sell the unwanted ones at the next show. As it turned out I like how most have turned out and only have one to sell at the moment. Here is a look at one I am keeping...George Dutka