Peter Mumby dropped off his fleet of CN woodchip cars for a photo shoot last week. He brought along his two Athearn versions he had purchased years ago at a swap meet. Peter and I built our cars using Front Range models which have the roofs not attached in the kit which works well to built woodchip cars. The modeler of the Athearn car would have had to cut off the roof. He did a nice job and the cars are a nice addition to Peter's fleet...George Dutka 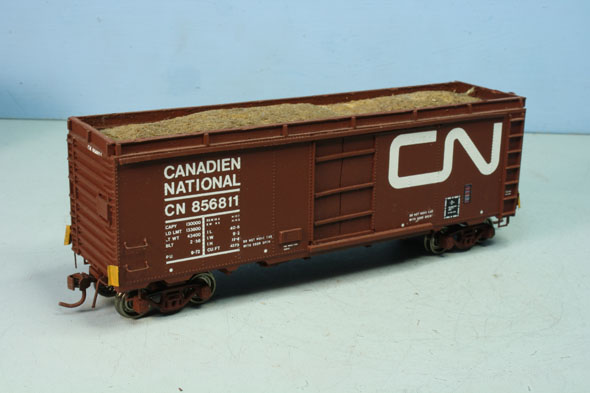 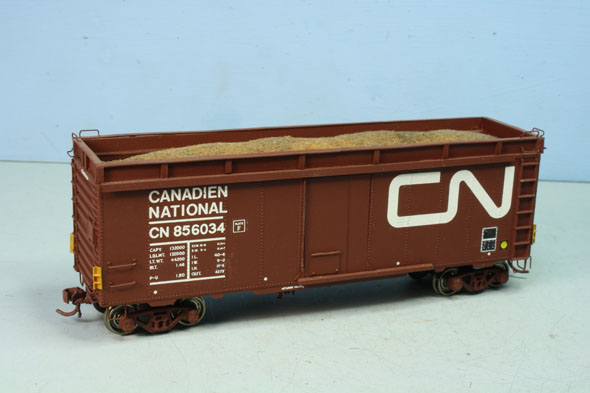 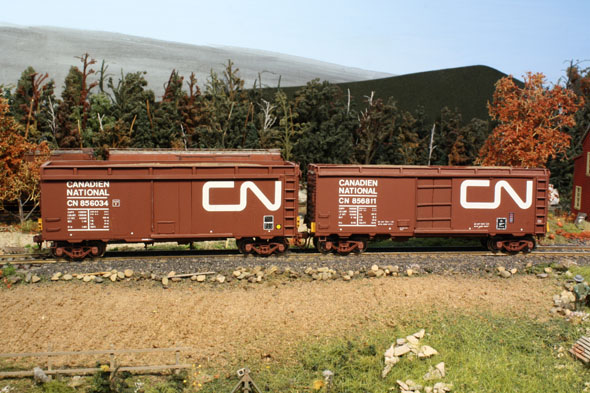