Where Does The River Go?

After I posted my article about my new river scene on the Green Mountain Division I received a couple of questions from Geof Smith﻿.  One was where does the river go after the bridge and the other pertained to debris around the bridge abutments and piers.   Well Geof, as you can see from the photo the river narrows as it reaches the wall and is supposed to give the illusion that it disappears around a bend.  The tracks pass through a rock cut on one side of the river and disappear into the distance, in this case a hole in the wall.  I tried to block this hole from the aisle by adding lots of trees on the hillside.
Geof's other comment was in regards to adding debris on the upstream side of the bridge.  I guess it didn't show up in the other photos but these close-ups will show I added logs, rocks and a couple of old barrels washed down the river and jambed up at the foot of the bridge.  I hope these photos will shed a little light on the details added around the bridge. 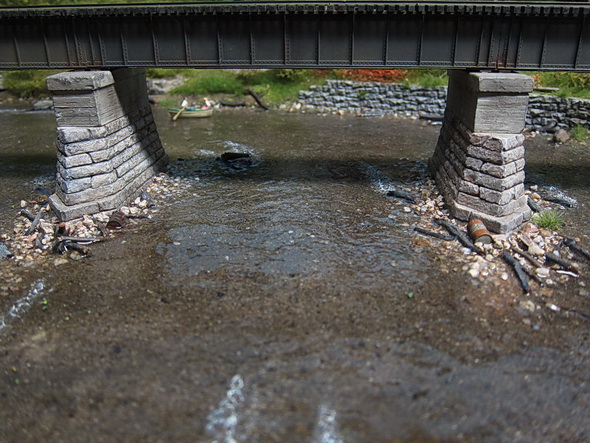 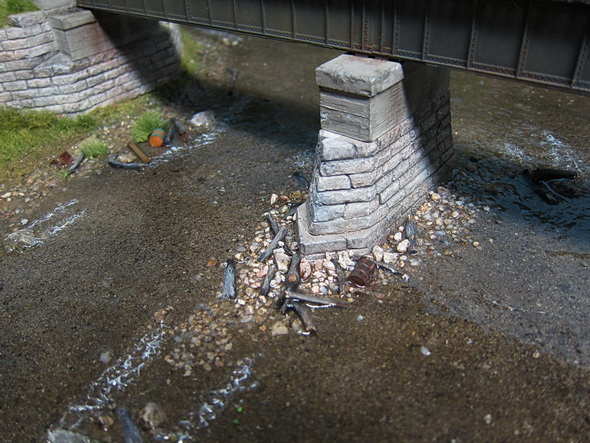