Along the Central Vermont No.1 - Randolph Coal & Ice Co.

A past industry still stands in Randolph, Vt.

During my fall 2012 visit to Vermont I stopped by the station area of Randolph, Vermont as I had not been there since 1992. I was very surprised to see the old coal shed still standing and still in not bad shape for the age. I had covered this structure with a group of detailed photos in the CVRHS Ambassador Vol. 10, No. 1 (2000). I am not sure when it was built but an easement map from the Stearns Jenkins collection dates it back to at least 1919 in a reduced size. At that time the structure was used by R.B. Osha Coal Sheds. Warren Dodgson's 1929 fire insurance maps shows the coal sheds as see today. The small lettering under the Randolph Coal and Ice Co. reads A.C. Wells Prop. who must have been the operator when last used.  The following photos details how the coal shed looks in 2012...George Dutka

Chronology of Randolph, Vt. Weather
It was noted that there was a coal shortage during 1917-18. Many of the residence were cutting firewood to replace the non existent coal supply. The winter of 1917-18 turned out to be the coldest recorded winter in 50 years in Vermont.  Records indicate that the coldest day was on December 30th and 31st  with the temperature at 50 degrees below zero. Aren't you glad for global warming...This factor alone may have been enough for such a large coal storage shed to be built shorty after. 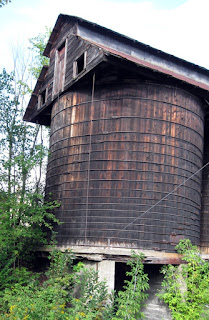 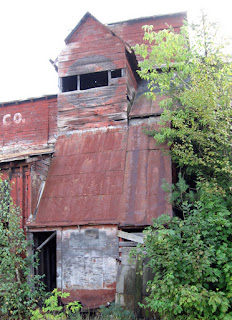 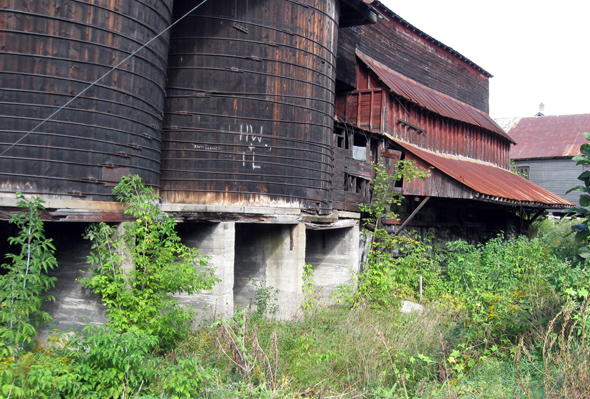