The last meeting of our area group, The Railroaders was at Brain Smith's home. We had a nice look at his layout which included a display of motorcycles out on Main Street. Brian noted that some of these bikes were actually Christmas ornaments offered by Hallmark as their Keepsake series. Brian was a great host giving me a bike he had extra that would work on my layout...thank once again Brian...George Dutka 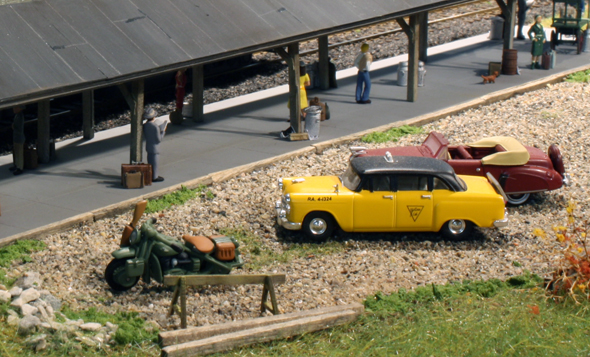