George and I recently attended the Model Railroad Expo in Albany NY.  On the Sunday there were several layouts open in the nearby area.  One such layout was owned by Kevin Surman in Saratoga Springs NY.  After a stop at the Amtrak Station there to watch a passenger train we headed over to Kevin's house.  Once in the basement we saw a large double deck railroad that filled the basement utilizing several rooms.
Kevin explained that he is modelling mainline railroad operations in the 1950's in New Jersey which include steam, diesel and electric trains from the Pennsylvania, Central RR of New Jersey and other northeastern railroads.  The layout features a fully operational CTC signalling system. .Kevin is the main electrical maintenance man at RPI and says wiring up signal systems is one of his favourite aspects of the hobby and believe me there is a ton of wiring on this layout.  Kevin proudly displays his "Model Railroad Engineer-Electrical" Certificate of Achievement on the wall as you enter the basement. Kevin is also a master at building structures and scenes for the layout.
Rather than going on with a lot of text I will share with you some of the great looking structures and scenes that we saw on Kevin's layout. Kevin was a gracious host and told us he was going to tear out a large section of his layout and rebuild it so I am looking forward to seeing it again once he has the new sections finished. 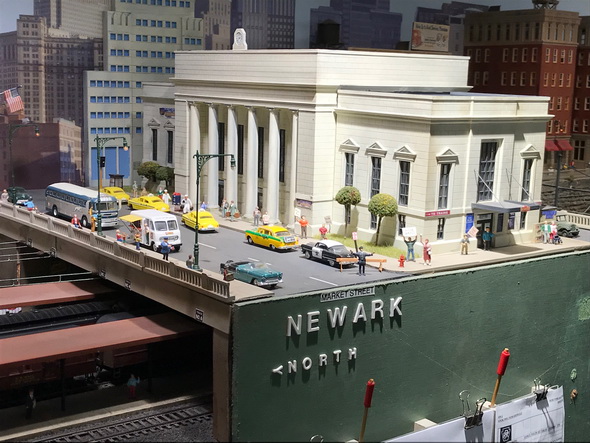 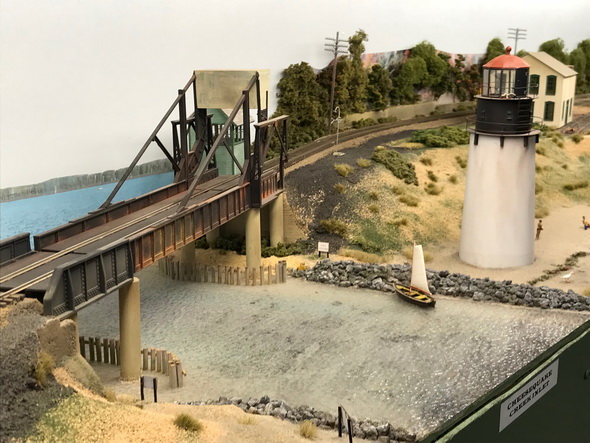 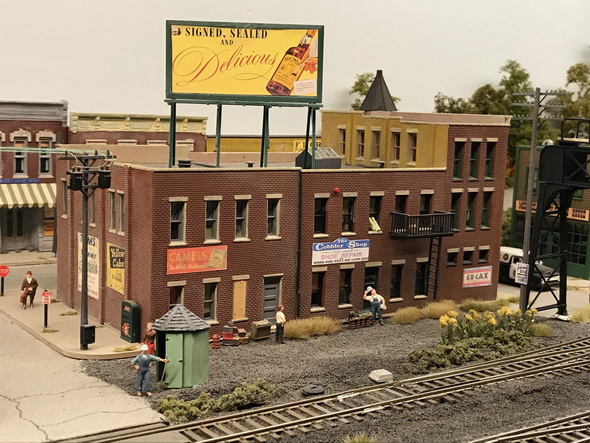 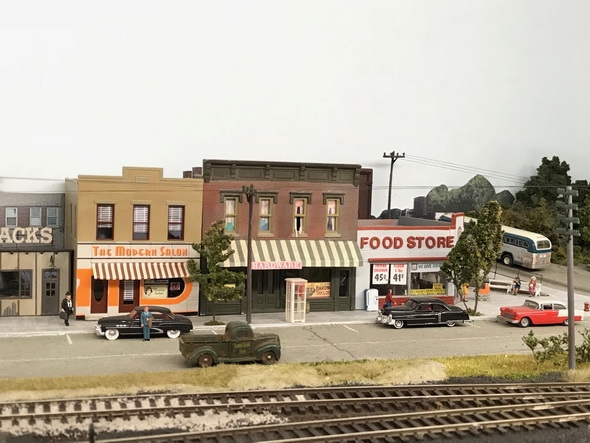 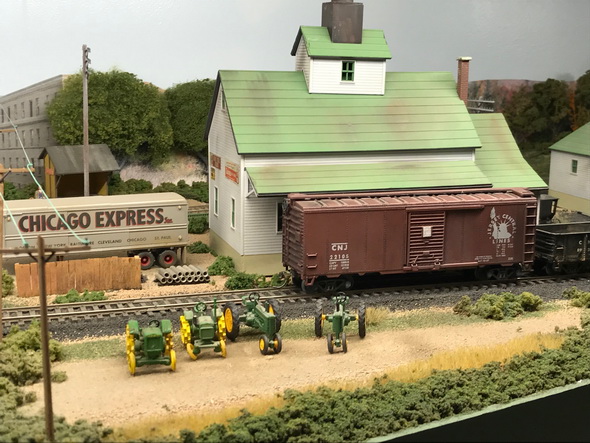 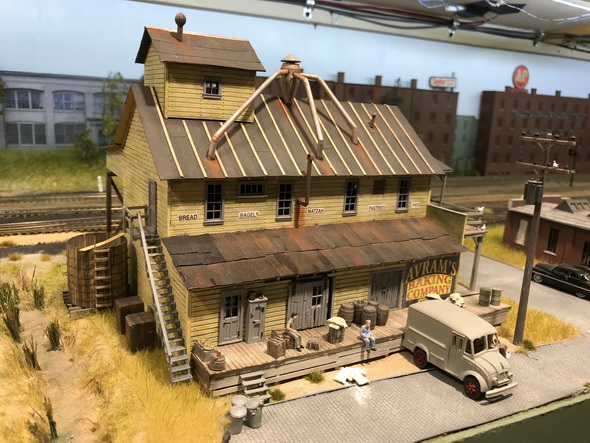