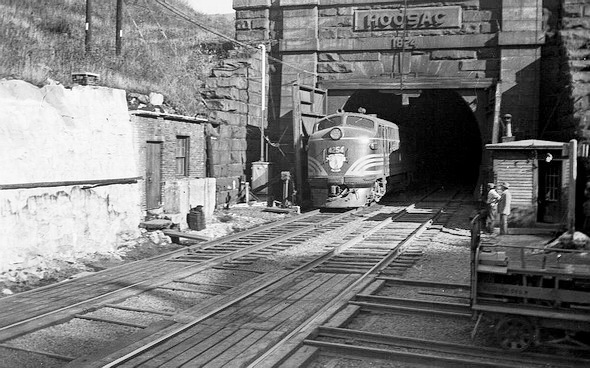 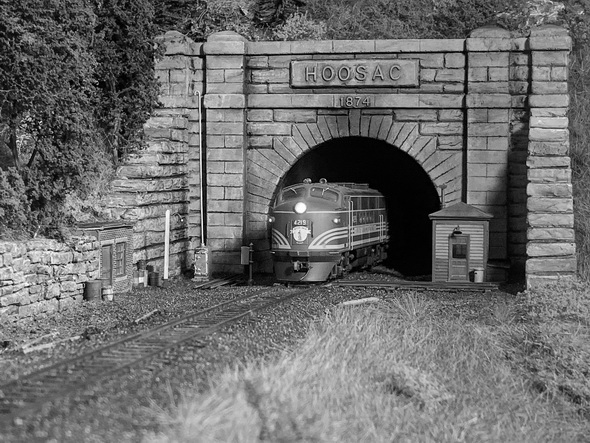 Back in 2015 I drove the last spike on my Green Mountain Division mainline and it was just outside the west portal of Hoosac Tunnel.  Fast forward to Nov.21, 2022 and I have finally finished the scenery for this area.  I had been putting it off as I wanted to finish up some of the more major scenes on the layout and having done that it was finally time to finish Hoosac Tunnel.
This small one foot by three feet shelf is just outside the furnace room from where the mainline exits and crosses the doorway.  On the other side of the door, I have a replica of the east portal of Hoosac Tunnel that I will finish next.
The concept of adding Hoosac Tunnel to my layout came about many years ago when I was visiting my friend Dick Elwell in Adams, MA.  Dick owned the famous Hoosac Valley Railroad.   While visiting the layout I noticed Dick had a model of Hoosac Tunnel on his layout and I asked where he got the portal casting. It turns out he had a friend that made a master then rubber mold of the portal then cast them in hydrocal and Dick was kind enough to get me one.  I held onto that casting, waiting for the time I could incorporate it into my layout.  This turned out to be the perfect spot.  Dick passed away recently and will be missed by the model railroad community.  He was a true gentleman and was a major influence in my modelling.  I will miss Dick a lot.
I have been to the East Portal of Hoosac Tunnel several times and it is very easy to get to, but I have never been to the west portal and from what I have heard it is very hard to access.  Fortunately, an internet search brought up several good photos of the west portal area, so I used them to base my model on.       The scenery was done by first using strips of cardboard to get the general landscape shape then that was covered with plaster cloth.  Hydrocal rock castings were added next and coloured with various coloured washes. I painted the hydrocal shell with earth coloured paint and added dirt that actually came from Dick's backyard which was not far from the tunnel.  Various static grass and ground foams were used for the vegetation and Scenic Express trees were used for the deciduous trees and Grand Central Gems pine trees were used for the evergreen trees.  Highball cinder ballast was used on the tracks. The photo backdrop trees are from Sceniking in Barrie, ON. 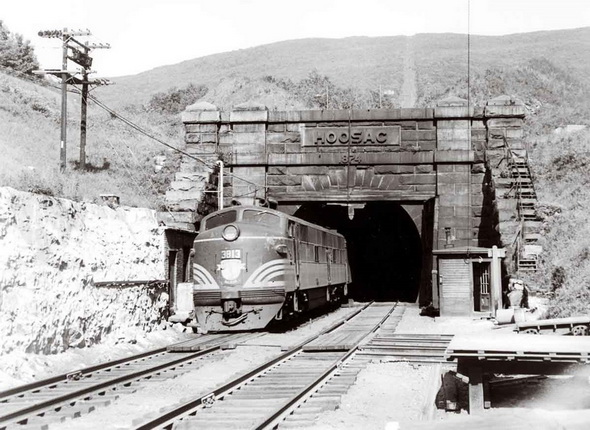 The prototype tunnel was originally double track but was reduced to one track in later years. My model has one main track.   The tunnel had large wooden doors which were replaced in later years with a roll up door.  I wanted to include the wooden doors but I thought they would overpower the portal in HO scale so decided to leave them off.
This was a fun project, but I am glad it is finally finished. It makes a very interesting scene in a small space.