I picked up this custom built SD40-2 that had been nicely detailed, decaled and with some sprayed-on weathering. It clearly was an engine constructed in the 1980’s. The model is a dummy which I thought would work well with any of my DCC sound engines. I also thought this might be a good engine to experiment with - trying some of my new-found weathering techniques.

The roof and hood chipping along with the wet oil areas are what really makes this engine stand out. Although my engine looks really worn as much of the fleet really appears, this particular unit never made it to this point, being used only three years on the CN. The chipping effect I think is really neat and I plan on trying it on other units in my White River Division fleet. Will cover the clear coat peeling and chipping shortly...George Dutka 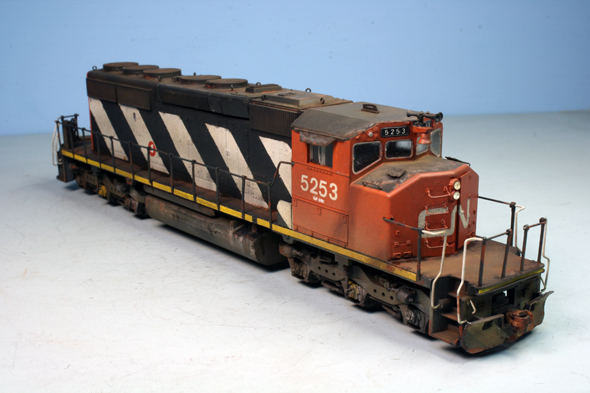