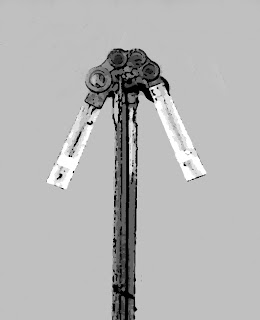 Salem Depot, NH
On my road trip last month I stayed in Salem NH. The Boston and Maine ran through town up to Manchester, NH. The station is still standing here and has been totally restored although there is no track here anymore. I did find track just south of the station. This was about a half mile away and did not seem in use anymore. Currently the station has two uses. The local Chamber of Commerce uses the north end while a transportation museum is set up at the other end. It was later in the day so both sides were closed.
The station is unique as it has two levels and would be very interesting to model as that. The lower level is made of stone. When restored although not a real train order board, the one seen has been built to reflect the B&M prototype.The station has 600 sq. ft. upper floor and 300 sq. ft below. Restoration began about 2008 and was thought to run $210,000 to complete. At one point the station was being painted a dark green as it would have been in 1912 but in the end came out looking as seen in the photos below.


Manchester and Lawrence Railroad
The B&M tried to lease the M&L, but the company leased itself to the Concord Ry. in 1850. By 1887, the contract was terminated, and the B&M gained control of the line. In the 20th century, the line was relegated to mostly local freight. Passenger service on the line was dropped to just one round trip per day until 1953 when it ended. Special summer trains ran to Rockingham Park in Salem for the horse races until 1960 when that service stopped.

In 1984, Guilford abandoned the line between Salem and Londonderry and three years later the line in Londonderry  to Manchester Airport was abandoned, leaving the line split in two. Freight ran from Lawrence through Methuen up to the Salem depot until December 1993.

The entire line is now abandoned. Depots are still standing in Methuen, Salem, Windham, and Derry.  A former B&M caboose is on display in Windham near the old depot and adjacent to the bike trail which occupies the old right of way in Windham. 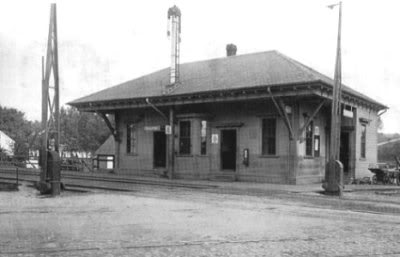 The ex-B&M Salem NH station is located on the old Manchester & Lawrence branch, part of the Portland Division of the Boston and Maine Ry. Salem is 32.97 miles from Boston and 20 miles to Manchester. The branch begins at Lawrence and is just over 27 miles long. Salem had a passing siding that could hold 20 cars for meets in April 1953. The B&M timetable for the spring of 1953 included a train each way. This was the last year for regular service. The next B&M timetable I have (1957) show no regular trains on  the M&L branch and was now part of the B&M's Boston Division.

Another photo and Layout railfan tour for the next posting...
Well before I sign off for today I thought I would show you another drawer in my cabinet that I forgot to include in my last post. Next blog is back to my layout...I am working on a short railfan type of tour of the White River Division using photos I have on hand...thought this would give followers that have not visited my layout a better insight to what my layout is all about...I also have a couple of almost finished posts again on prototype features and these will come along probably next week...Crosby Coal is getting close to completion and I hope to painting it sometime next week. I have been taking photos along the way so will be doing a blog report on the model....cheers...George Dutka