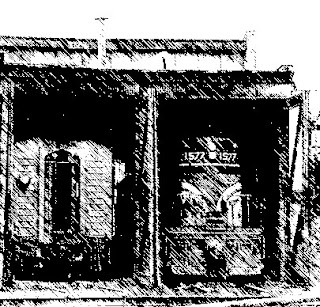 What's left of the Westboro engine terminal?
From what I see LOTS! Over the years when I visit White River Jct. I have also made a stop at West Lebanon NH and the site of the B&M Westboro engine terminal and station. My reason for the visits are to see if the Alco switcher stationed there is in action. I have yet to be there when it is being use. At Westboro I am always surprised to see so much still standing although much of it has limited or no access. The station is still stand and is in good condition. At some point it has been move north from the original location but is still near the tracks and in sight of the roundhouse. I am not sure when it was moved. It may have happened in the late 1950's once the B&M was through with it as office space. From what I have heard the station maybe moved again and placed near the sand tower if a redevelopment historic site can be accomplished. The section house is still standing at its original site, but is now falling in. My guess is the building maybe way beond saving. You can judge from my photos below. A portion of the freight house is also still there. 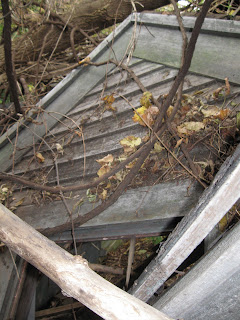 The sand tower is still standing and in very good condition, but fenced in with no access. The roundhouse is also standing along with the two story office building which is missing it's roof. Visiting the site gives you a good idea how compact this engine facilities was. A model of this scene I think is worth considering if you are a B&M fan. On my last visit in Oct. 2011, I spent an hour measuring the section house and station after taking photos from various angles to document what is still there. The sand house, engine house and office have no access so I could only photograph them from afar.


Railroad Kits http://railroadkits.com/store/ has a model of the Westboro sand house for about $34. I did get a good look at a finished model and have posted photos I took of it at the Fine Scale Expo 2011. The model looks great. I am considering building a diorama using the sand tower kit along with my plans to build the other two structures. From there I will have to see what I have room and time for...but with having modeled a lot of the area around the WRJ station on the White River Division it sure would be nice to have Westboro somewhere near by in HO scale. I also filled a glass jar with some of the fine cinders and dirt found around the section house when I was there. This could be used on the diorama. The mix has a high metal content when checked with a magnet. Don't want it near my live trackage. 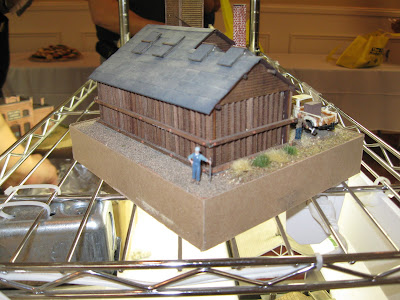 ex-B&M/Guilford on the CPR
Yesterday, (Sunday) I tagged along with Don Janes to the Kitchener, Ontario RR flea market. Don models New England also and his Green Mountain Route has been covered a lot in MR and RMC over the last few years. We usually get in some railfanning along the way. Well once we were out of money at the flea market we were off for some more railfanning. One of the stops we made was in Galt, Ontario were we found an ex-Guilford/B&M unit on layover near the CPR station. CPR got a few leased engines some time ago which included a number of ex-Guilford locomotives. Thought you would like to see what it looks like now...not a pretty site...George Dutka 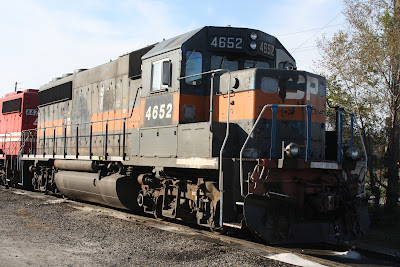