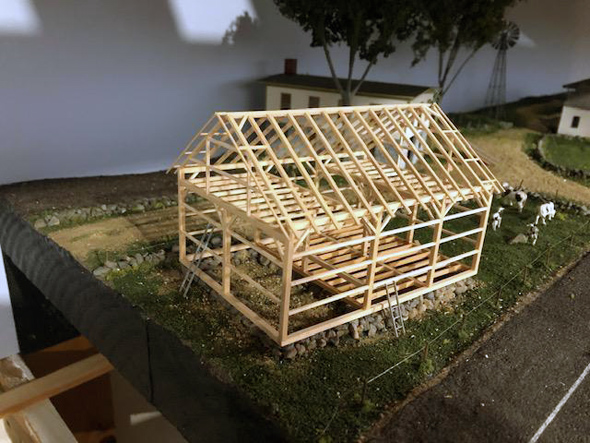 I received these two photos from Bill Badger of his barn under construction with the comments below. A thought came to mind, maybe one could model the same scene but of the barn being taken apart in the 1950's or later weathering the beams and boards...George Dutka

"You might enjoy this model of an English barn frame under construction that I did a few years ago for a diorama at the Springfield show. I know, no one was building barns this way after about 1890, but on my way to building enclosed barns I thought it would be fun to do one without the skin. English barns were very common in New England and there are still a lot around." 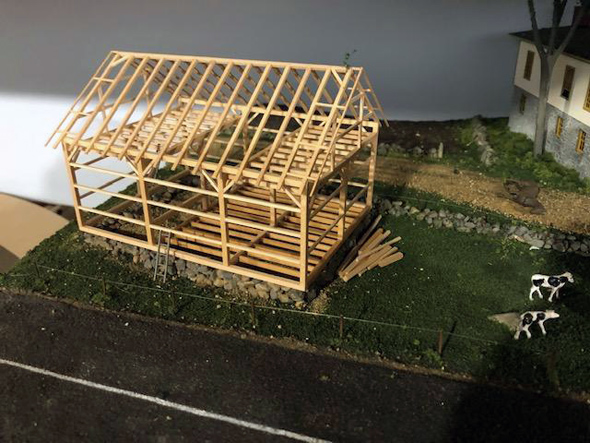